The following is a excerpt from the New York Times article published 5/18/2016 and tells the story of one ECOT student who had problems beginning her classes and then when she could finally begin felt like the classes were way too simple.

Alliyah Graham, 19, said she had sought out the Electronic Classroom during her junior year because she felt isolated as one of a few African-American girls at a mostly white public school in a Cincinnati suburb.

It took three weeks for the Electronic Classroom to enter her in its system, she said. Then it assigned her to classes she had already passed at her previous school. When she ran into technical problems, she said, “I really just had to wing it.”

Ms. Graham, who hopes to pursue a career in medicine, has also been disappointed by the quality of assignments. She showed a reporter a digital work sheet for a senior English class, in which students were asked to read a passage and then fill in boxes, circles and trapezoids, noting the “main idea,” a “picture/drawing,” or “questions you have.”

“I feel like I did this kind of work in middle school,” Ms. Graham said.

When she turns in assignments, she said, feedback from teachers is minimal. “Good job!” they write. “Keep going!”

Educator View all posts by keving722

The Washington Post ran this story about online Charter Schools, like ECOT, with the headline, "It is literally as if the kid did not go to school for an entire year." School choice sounds good. Just make sure you choose wisely.

ECOT worst in the country 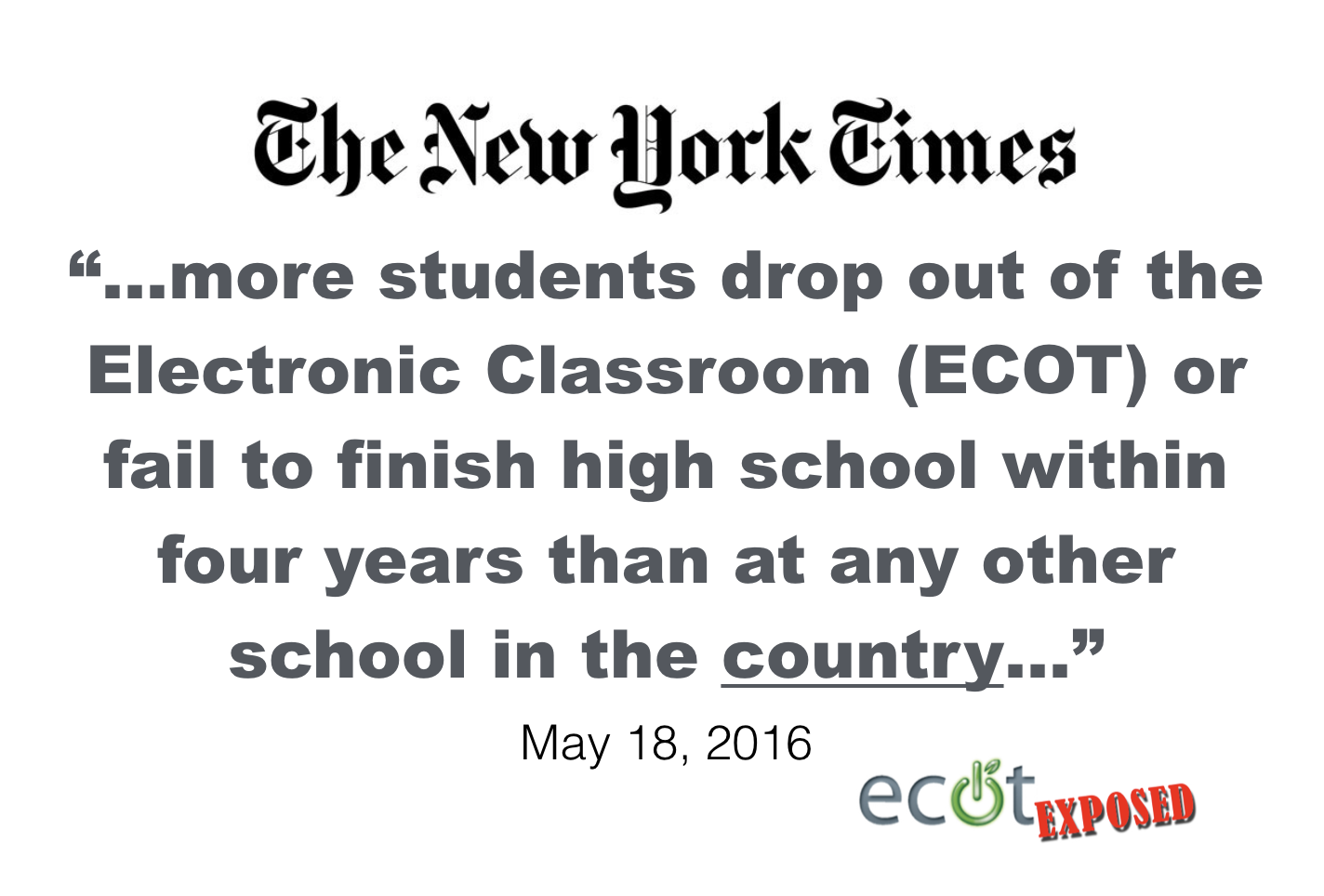 How ECOT’s owner, William Lager, gets rich off of students and taxpayers. 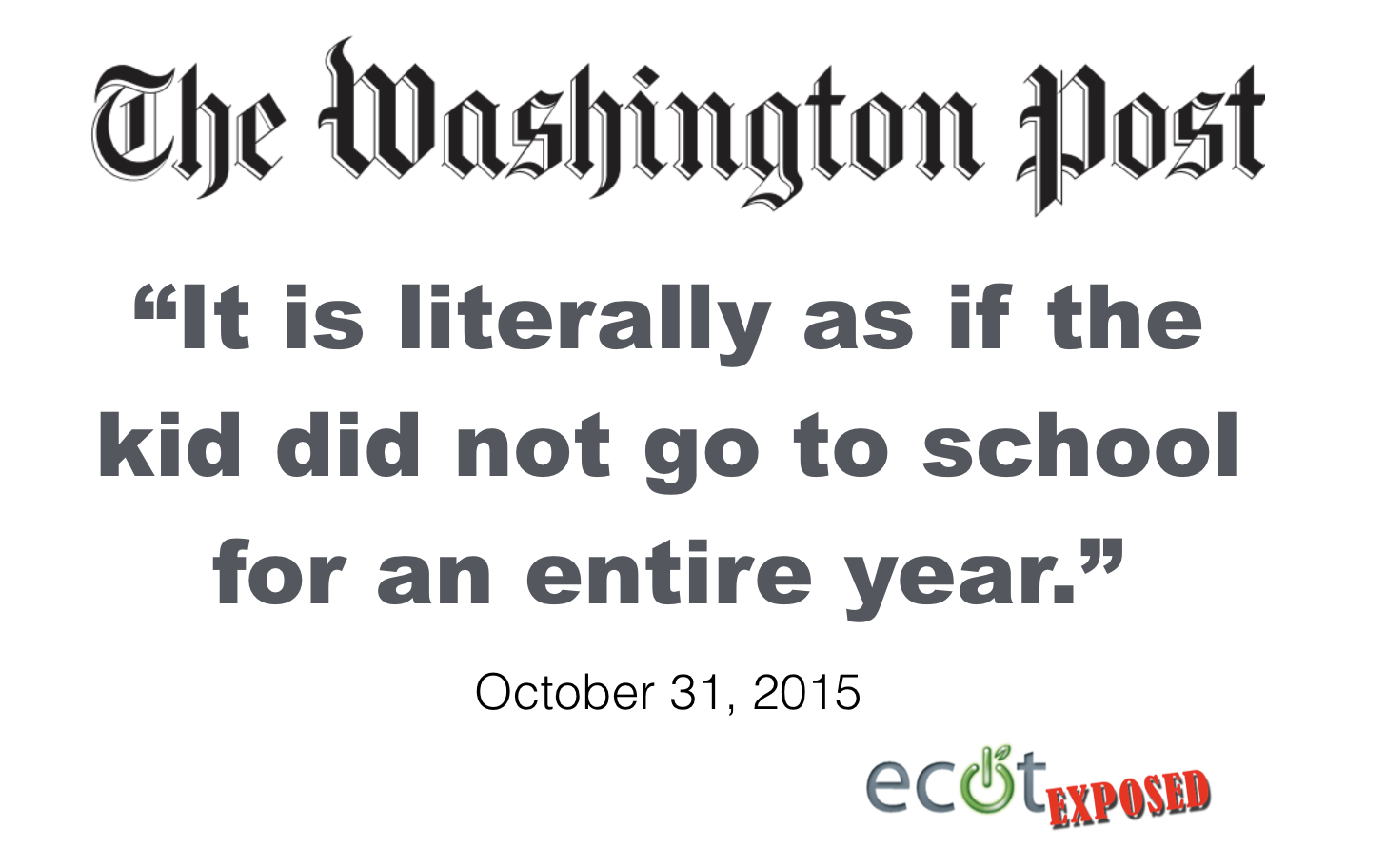